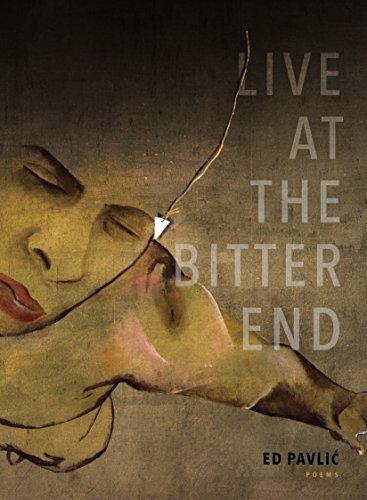 Recasting the “trial of the century,” Ed Pavlić’s vertiginous new collection puts a century of segregation on trial for its soul. Set in the vernacular origins of modernity, Live at the Bitter End puts the racialized logic of twentieth-century aesthetics on trial. Mixing anonymous voices with the testimonies of figures such as Paul Cézanne, Charles Mingus, Emma Bardac, Erik Satie, Alberto Giacometti, Billie Holiday, Pierre Bonnard, Samuel Beckett, Miles Davis, and others, Ed Pavlić weaves a playfully raucous and intimately violent work of satirical force. Adhering to the structure of a murder trial, Live at the Bitter End bears lyrical witness to racial separation, masquerade, mongrelization, and communion to show how those connections (in love, lust, trust and betrayal) sound deep in the textures of who we are.

About Pavlić's most recently released book, noted critic and poet Fred Moten had this to say: "We been on trial for a long time. Another name for that trial is the history of poetry, where music is element and archive, inhabitant and venue, at and in and in defiance of the bitter end. Maybe music is a court that records itself, or an open set of broken characters defying portraiture. Black history is the history of poetry, wherein the line between "live flesh & dead meat" is fine. Ed Pavlić walks that line with dispossessive abandon, dispersed in groundedness like Charlie Haden or William Parker. In Live At The Bitter End, music's immanent critique of judgement telling itself the terrible and beautiful and terrible story of our modernity, which is not ours, Pavlić lets the sentence pass away."

Other notable recent work includes an essay on Serena Williams for Rewire.News, an essay on Pauli Murray for the Poetry Foundation, and an excerpt of Dr. Pavlić reading from an essay on James Baldwin for the Brick podcast. 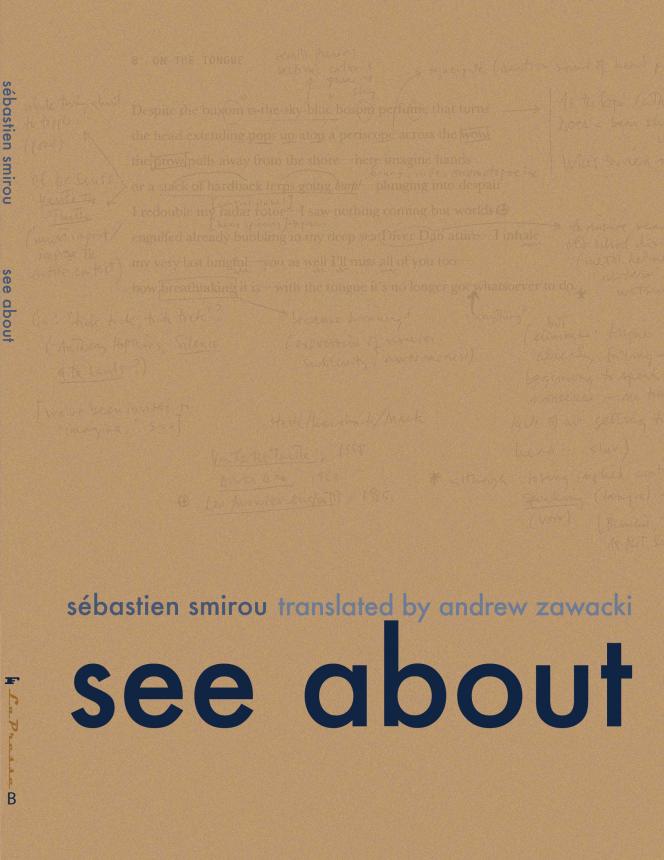 French poet Sébastien Smirou’s Beau voir, recently translated by Andrew Zawacki as See About, features chapters that each address a different animal, from lion and giraffe to chamois and turtle. We may hear the title as an echo of mirabile visu, “wonderful to behold,” with the reading experience figured like a jaunt around an unusual zoo, where the animals are wild and weird and overwhelming, captive only to the gaze. Few zoos feature glowworms—or, for that matter, cats or cows—and the dodo, of course, is extinct. Like all classical bestiaries, Smirou’s parades its specimens in order of decreasing size, not to devalue the act of looking but rather to signal its importance: the tinier the fauna gets, the more deliberately the reader must squint. Ludic and labyrinthine, syntactically complex while fascinated by innocence and simplicity, SeeAbout advances a longstanding Franco-American conversation about innovative poetics, hybrid forms, and openness generated by constraint. In eight chapters of eight poems, each containing eight lines, Smirou’s eccentric menagerie has affinities with contemporary poetries that engage animal subjectivity, bodies in space, and oblique imaging practices. Poised between exhibition and exhibitionism, between inventory and invention, this second book by a child psychologist and translator of key psychoanalytical texts is a kids’ book for grownups, those featherless bipeds who live behind figurative bars but are sometimes freed by rhyme, or nonsense, a run-on sentence, a pun or sing-along. Zawacki was assisted in his translation by fellowships from the National Endowment for the Arts, the Centre National du Livre, the Collège International des Traducteurs Littéraires, and the Willson Center. His previous translation of Smirou, My Lorenzo, appeared from Burning Deck in 2012.