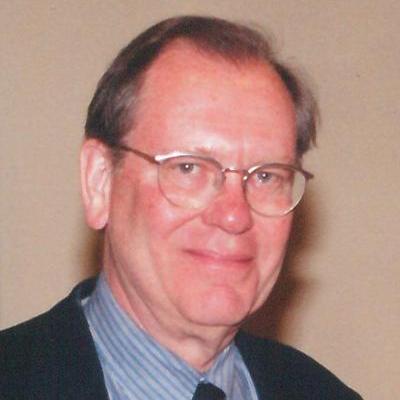 In the summer of 1980 Coburn Freer came from the University of Montana to assume the headship of the English department at the University of Georgia, having been chosen in preference to two other “finalists,” the Shakespearean Larry Champion and the medievalist George Economou. Coburn’s specialty was Renaissance literature.

Under Coburn’s leadership, from 1980 through the spring of 1992, the department experienced a marked increase in the portion of women and individuals of color among its permanent faculty.  It also saw the filling of newly endowed professorial chairs with the persons of Hugh Kenner, Margaret Dickie, and James Nagel.  Here are some other familiar names—of faculty members who were recruited during Coburn’s time as head: Christy Desmet, Tony Grooms, Mike Moran, Doug Anderson, Fred Dolezal, Simon Gatrell, Jonathan Evans, William Kretzschmar, Elizabeth Kraft, Barbara McCaskill, Tricia Lootens, and Elissa Henken.

As department head, Coburn sought to ensure that the tenured and tenure-track faculty remained sufficiently numerous and varied for the central courses of the discipline to be offered regularly, while satellite interests of faculty members and students were not neglected.  He responded to current trends in English studies and the humanities at large by enhancing the department’s strength in women’s studies, ethnic studies, English language study, creative writing, folklore, and rhetoric.  Coburn kept a keen eye on the scholarship produced by each faculty member.  Apparently, he read everything published by the faculty, and he would promptly respond to the authors with handwritten notes on eighth-sheets of previously-used paper (the recycling method of the day).

Old(ish)-timers in the department will remember fondly the many social gatherings hosted by Coburn and his wife, Mona, (often with their daughters, Meg and Nell, in attendance) at their home, at the Taylor Grady House, at the State Botanical Gardens, at Flinchum’s Phoenix, at Memorial Park, at Sandy Creek Park, and at Hard Labor Creek Park.  Not so well known are Coburn’s extracurricular endeavors.  He was an avid photographer, a sports car enthusiast, a hiker and cross-country skier, a connoisseur of classical music and art, a cherisher of Airedale dogs, and, of course, a reader of fiction and non-fiction of all kinds.  The term “Renaissance man” comes to mind.

After stepping down from the headship in 1992, Coburn remained on the faculty until his retirement in 2011.  Soon after, he and Mona moved to Rochester, New York, to be near their daughters and grandchildren.  Coburn’s last years were difficult: he suffered from Alzheimer's, along with damage to the motor neurons in the brain that resulted in Parkinson's-like symptoms.  Just a few weeks before his death he was able to dictate (to his younger daughter) a note recommending a book he had been reading, authored by his old mentor and friend Arnold Stein: The House of Death: Messages from the English Renaissance.  The book examines Renaissance attitudes toward death.  In the end, Coburn was doing what John Donne, Jeremy Taylor, and many other seventeenth-century writers did: To complement a life well lived, he studied the art of dying well.

Meg Freer, Coburn's daughter, has graciously shared a poem that she wrote and read at his memorial.

A single milkweed plant has sprung

I almost fancy myself a gardener,

except that so much potential

died with those plants that didn’t grow.

the only word not worn away

from the top of a gravestone

reveals the art of dying.

As a graduate student at UGA, Dr. Coburn Freer enjoyed a tremendous reputation among students as a gracious and impassioned scholar. I was eager to enroll in his seventeenth-century British poetry course and greatly appreciated Dr. Freer’s expertise in the subject matter as well as his spirited humor, which always made class lively and stimulating. The breadth and scope of Dr. Freer’s knowledge was impressively formidable, but his good-natured wit infused the class with an air of ease and comfort that encouraged student discussion and explorations in lyric form and meanings. I recall that students, including myself, praised Dr. Freer’s ability to tease out the complexities of poetic expressions, and we as a class commended his interpretative perceptions that brought together in a brilliant way his mastery and artistic insights.

As a doctoral candidate, I was honored to have Dr. Freer serve on my dissertation committee. His thoughtful and probing comments on my writing inspired me to develop ideas in a more significant manner as well as refine my rhetorical technique. I remember that as a professor he was always available to talk about literature, treating students with kindness and compassion—at whatever stage of the degree process. As a professor of English myself, I still carry with warm affection the memory of Dr. Freer’s kindheartedness, his professionalism, and scholarship. His academic integrity and understanding still serve me today. I’m continually inspired by his intellect and accomplishments and grateful to have had such a “Renaissance man” role model.

I remember Dr. Freer as a kind, caring professor.  I needed to find a new place to live during one of his classes, and he was very understanding.  I also enjoyed his love of English Renaissance art and architecture; his class on architecture and poetry was one of the more enjoyable and interesting classes I took while at UGA.  It really got me thinking about English Renaissance art and about how the poetry of the period reflected tastes not only thematically but also structurally.  The English Country House poem took on new life after that class!  He will be missed.

Coburn Freer was department head when I was being hired by UGA in 1986. He and his wife Mona used to entertain the department at their house, and they had a gathering when I was doing my campus interview. He and Mona even sat with Claudia and me at UGA football games during my first year with season tickets--even though they got worse seats! I will always be grateful to him (and to John Algeo) for making it possible for me and the Linguistic Atlas Project to come to UGA, when otherwise it is hard to say what might have become of the Atlas. They took a chance on a project that needed to be reinvented, and on a guy who was just then starting down the digital humanities road.  Coburn had the administrative talent to work towards what he thought was best. My colleagues in Oulu, Finland, still remember when he taught there for a year, I think on a Fulbright. He was that sort of memorable person, a fine conversationalist. Coburn had a quick wit, always aware of puns and the mot juste. I can't say that he and I were close friends at any point, but I will miss him.

Coburn’s long tenure as head was over by the time I joined the department in September 1993, but I remember very well the warm welcome he and Mona gave me when I arrived.   Coburn was just as Bill Kretzschmar describes him: warm, generous, erudite, witty.  He had, too, a lovely sense of the absurd, especially the academic absurd ("if I counted all the hours I've spent at department meetings..."), though when duty called he was ever at the ready, serving as humble recording secretary, for example, long after his headship days were past.  A cultured all-around man, he was, and with a touch of the artist about him – as anyone will recall who witnessed the hilarious mock-dialogue he wrote and performed for Walter Gordon at a retirement party in May 1998.  That was a tough act to follow for the newly promoted associate professor charged with eulogizing that year's other departmental retiree (Hugh Kenner).

I didn't know Coburn as well as I'd have liked, but I was very happy to find he occupied the office next door to mine on the third floor of Park Hall.  Simply, he appealed to me.  And I saw him inspire the same response in the young.  When my son, Sam, was very small, we ran into Coburn in the checkout line at Kroger.  After chatting and, inevitably, laughing for a while, we went our different ways, probably separated by some overwhelming question (“Do you have a Kroger card?”).  Sam’s spontaneous response afterwards: "I like that guy.  Can we go to his house?"

I couldn't have asked for a kinder or more gracious mentor than Coburn Freer. As an MA student, I took an independent study with him and the most challenging texts became clearer and more fascinating after we discussed them together. He guided my thesis with encouraging words and a confidence in my abilities that I lacked.  And even when I despaired, he listened and offered a combination of practical advice and reassuring personal anecdotes that kept all the crises in perspective. I don't think I can do justice to how much his reassurance and guidance steadied me.

To share your memories of Coburn Freer there is a guestbook linked to Dr. Freer's obituary:

A Select Bibliography of Books and Essays

The Poetics of Jacobean Drama. Johns Hopkins UP, 1982.

Music for a King: George Herbert's Style and the Metrical Psalms. Johns Hopkins UP, 1972.

"Mary Sidney: Countess of Pembroke." Women Writers of the Renaissance and Reformation, edited by Katharina Wilson, U of Georgia P, 1987, pp.   481-521.