Georgia Literature in the Archive 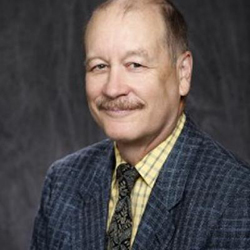 Early in the spring term of 2017, I learned that I had received a Special Collections Library grant to revise my existing course, Georgia Literature (English 4740); the new version would take students to the Hargrett Library to engage with primary documents relevant to our state’s literary heritage. During the course of that term, I met with a team of librarians and colleagues across disciplines who were also recipients of this grant; our conversations and scholarly exercises proved invigorating and illuminating.

When fall semester began, I took my students to the Russell Library for an initial conversation with librarians Anne DeVine and Mazie Bowen, who guided our research during the semester. Our first encounters with original materials concentrated on the local history of slavery, employing the extensive Howell Cobb papers. Cobb, a planter, lawyer, Speaker of the U.S. House, Secretary of the Treasury, and—after secession—a  Civil War General, lived in Athens. We examined family letters, including some from one of his servants, Aggy, who had an unusually close relationship with Mrs. Cobb. We also looked at bills of slave sales, plantation ledgers, and eventually learned that the reason Aggy was taught to read and write (which was forbidden at that time) was that she was actually Howell Cobb’s daughter. This work helped us understand the slave narrative we read by William and Ellen Craft, Georgians who famously escaped to the North, with Ellen daringly posing as a white man and William her supposed slave.

Our next project involved the papers and first editions of Joel Chandler Harris, the editor of the Atlanta Constitution; he is more widely known as the author of many “plantation” narratives, including the famous Uncle Remus tales, which we read.  We examined rare first editions of Harris’s works, which were copiously illustrated by renowned artists, adding a new dimension to the tales, particularly for children. 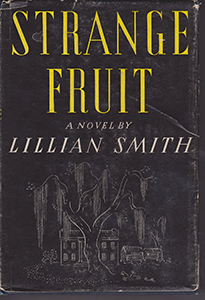 Our final project, the most extensive, was a survey of the papers of the celebrated early- twentieth-century Georgian, Lillian Smith.  We read her shocking novel of interracial love, Strange Fruit (1944) against the backdrop of her life, which we traced by reading her papers which we discovered in box after box in the collection. There, we learned of her crusades for Civil Rights, her administration of a famous North Georgia girl’s camp, and her life as a lesbian in a restrictive society. Students wrote annotated research papers, many on her fiction, but others on her Girl’s Camp, her life with her partner, and her many connections and crusades with other notable figures, black and white, of the early Civil Rights Movement. We concluded this work with a presentation of student projects at the Hargrett, an event attended by colleagues and students from across the University.

An old African proverb reads, “No people should be hungry for their own image.” Students in this course read works from the contact period onward, encountering works that reflected virtually every region of our state: a multi-ethnic historical tapestry that included Native Americans, African Americans, immigrants, and both urban and rural writers.

Adding the archival element provided a spark of electricity to the course, and many students went beyond the assignments and were further engrossed by readings from the treasures of our archives.