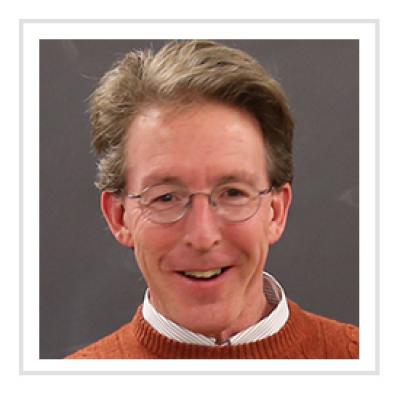 A long and winding career in academia has drawn to a soft close for Dr. Ron Balthazor, a senior academic professional within the University of Georgia’s English department and the Director of the University’s Sustainability Certificate, who taught his last class within the department in the spring of 2020. Though he has now officially retired, he won’t be leaving us entirely—quite on the contrary! He has dedicated much of his first year in retirement to creating some very exciting projects for the department about which we beseech you to read below.

But First, The Early Years

In 1987, Dr. Balthazor set out on the road to seminary, earning a Master’s in Divinity from Emory University’s Candler School of Theology. After realizing that seminary was not his calling, he settled back into square one. Shortly after graduating, he had a conversation with a good friend about a camp for developmentally disabled youth where he worked. Inspired by the work of his counselor friend, Dr. Balthazor joined their team as a camp counselor, as well, a role which he would fill for the next five summers before eventually becoming the camp’s director.

Going back to school after that first summer, Dr. Balthazor studied broadly. He dipped his toes into the world of Shakespeare and tried his hand at Hawthorne, though it was Henry David Thoreau with whom he eventually settled to pursue a dissertation. He earned his PhD in 1999 having written extensively on the language in Thoreau’s Walden.

It was during his time advising in the Franklin College of Arts and Sciences that he became rather apt in the language of computers, as well. Combining these two passions—the computer and the classroom—he and his colleagues began working on a platform that would make it easier to teach and take English courses. Of this pursuit was born the platform we all know and love: Emma.

The Final and Fundamentally Life-Changing Class

As his last hurrah as a full-time academic professional, Dr. Balthazor taught a class dedicated to the various trees that can be found around the university’s beautiful campus. Under his instruction, students read Richard Powers’ The Overstory, as well as the material that is alluded to throughout the book. They chose one specific tree on campus which they visited and revisited throughout the semester. The class sought to answer the question: what are the trees telling us?

When presenting her final paper, one particular student who had been working with an approximately 400-year-old American Elm the entire semester glanced around the room and asked, “What would you do if you were to live 400 years?”

Dr. Balthazor was floored and overwhelmed by the gravity with which this question reflected on not only the overarching thesis of the course, but many of his own personal sentiments, as well.

He reflected on the unfathomably large anthropogenic impact on planet earth despite the incredible transience of the human life.

“I wholeheartedly believe that we are leaving the next generation with a broken world, but I am hopeful—incredibly hopeful—because I got to work with brilliant, thoughtful, amazing, interesting, forward-looking students throughout the last years of my academic life,” Dr. Balthazor commented.

As can be expected from the Director of the Sustainability Certificate, Dr. Balthazor is an avid (AVID) gardener and aviarist.

“Some people live to work; some people work to live. I’ve always worked to garden,” Dr. Balthazor laughed. “If it gets in the way of my gardening, it’s not worth it.”

Flanked by his two Great Pyrenees pups, he can often be found meditating on the generosity of his land and rewriting T. S. Eliot’s poetry to capture the beauty of his own backyard. Today, he enjoys the whisper of his scythe, as well as the slightly less relaxing buzzing of his bees.

Unable to cease his service to the department, Dr. Balthazor has been working to better Emma for the coming generations of UGA English students. The new platform called eLW, eLearning for Writers, is currently in the pilot phase and is expected to be in regular use very soon.

The department extends a resounding “Thank you!” to Dr. Balthazor’s love of life and light for molding young minds. We will continue to cherish his contributions to the classroom, as long as he wishes to offer them to us, and we wish him a retirement’s worth of bountiful harvests—both literally and metaphorically!